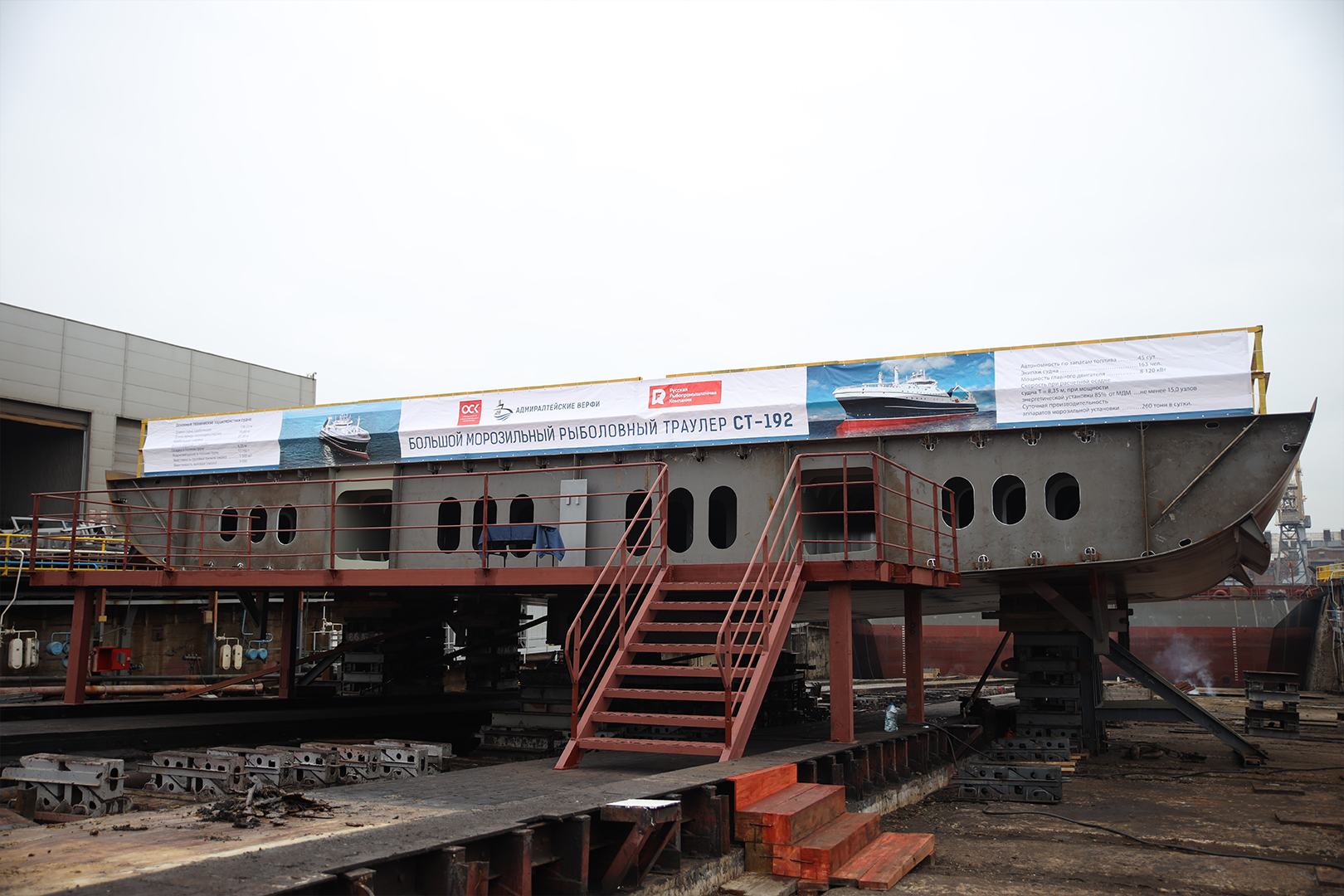 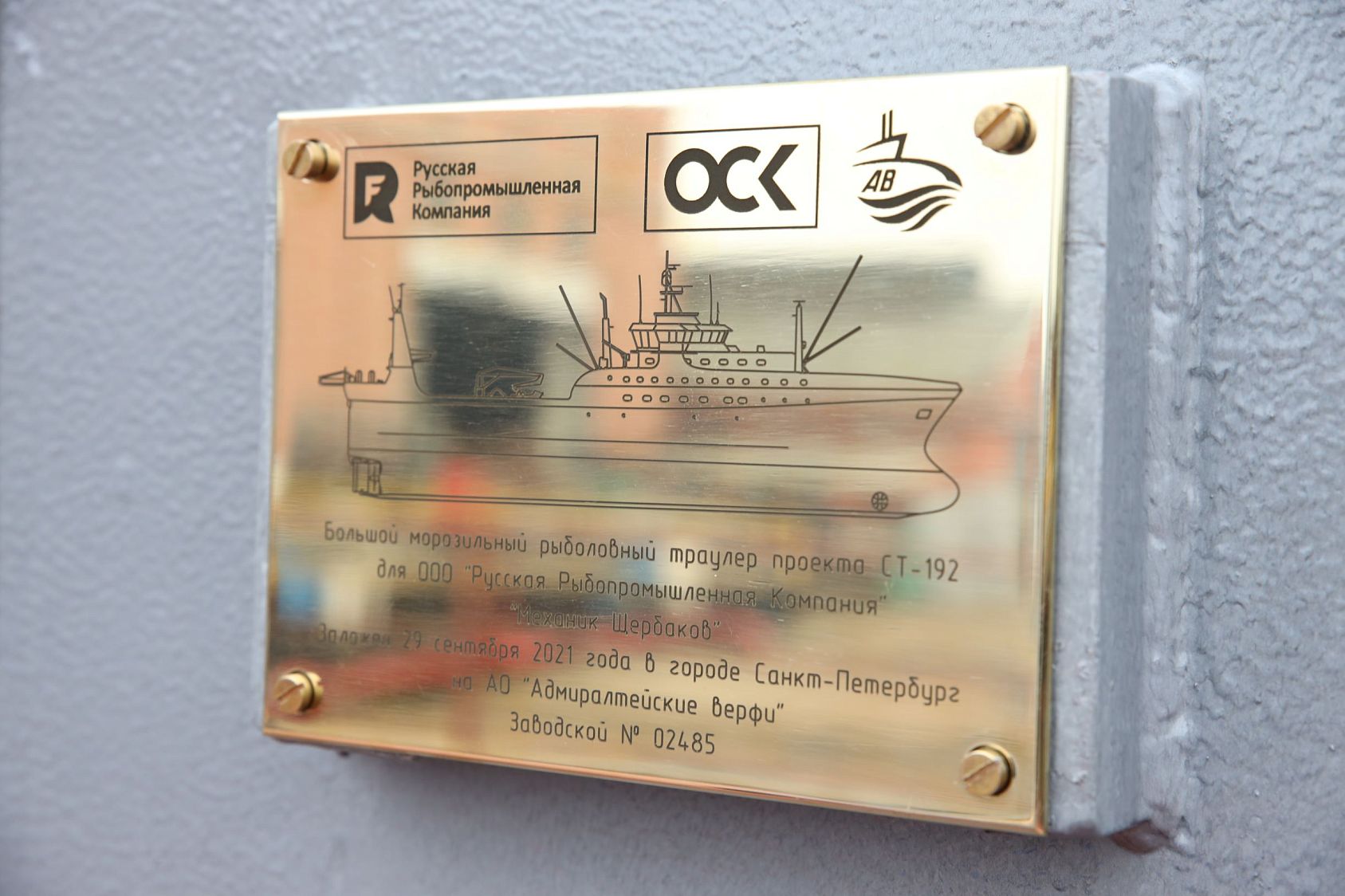 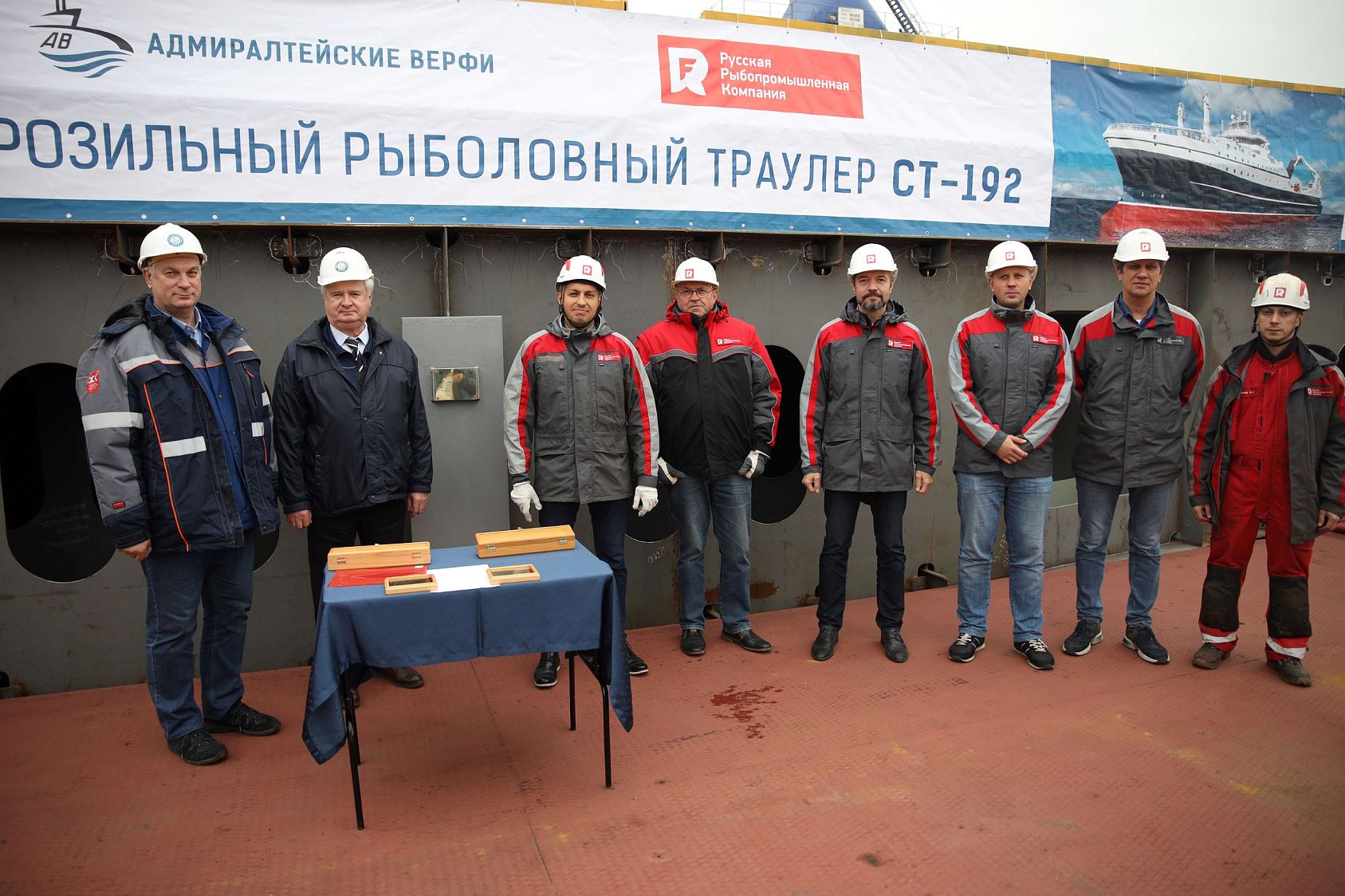 At the Admiralty shipyards (St. Petersburg) the keel of the sixth supertrawler of ten fishing vessels to be built in Russia for the Russian Fishery Company (RFC) was laid.

“The construction of the new fleet is actively moving forward, despite the objective difficulties that shipbuilders face. With each new vessel, the competence of Russian specialists grows, valuable experience is gained in the construction of fishing vessels, which has been practically lost over the past years, ”said Viktor Litvinenko, general director of the RFC. - Four Russian supertrawlers for the RFC have already been launched, today the sixth was laid down. Thus, we are successfully creating an advanced fleet of vessels that will effectively develop the national reserves of aquatic biological resources, create a high added value of fish products in the country. We are confident that if, in the course of further development of the investment quotas program, the interests of investors who started such projects at the first stage are protected and new vessels are loaded at 100% capacity, these projects will provide maximum returns for the country's economy. "

The sixth supertrawler of the series is named "Mechanic Shcherbakov" in honor of the industry and RFC veteran, war veteran, chief mechanic Ilya Yakovlevich Shcherbakov (1930 - 2020).

Having started his career as a mechanic on fishing vessels, he grew up to a senior mechanic of a large-tonnage vessel. While working, he graduated from the school for working youth, and later received a higher technical education. Ilya Yakovlevich has made many rationalization proposals. He readily passed on his experience and knowledge to young specialists, leading the brigade training courses. For his conscientious work, the senior mechanic Shcherbakov received gratitude on a historic day for the industry - the first Fisherman's Day in the history of the USSR on July 11, 1965. For his courage and heroism during emergency operations at sea, he was included in the "Golden Book of Honor" of the main directorate of the fishing industry of the Far East. In 1971 he was awarded the Order of the Red Banner of Labor.

Was the news helpful? Share it on social networks or send it by e-mail so as not to lose.
Related news
RFC’s fishing supertrawler presented to the government delegation
The fourth Russian supertrawler for the RFC was launched in St. Petersburg
Russian Fishery Company and Sber sign cooperation agreement
F/V “Vladimir Limanov” arrives in Vladivostok port
Contacts for mass media
+7 (495) 777 5450 ext. 5049
+7 (423) 222 78 78 ext. 7167
pr@russianfishery.ru