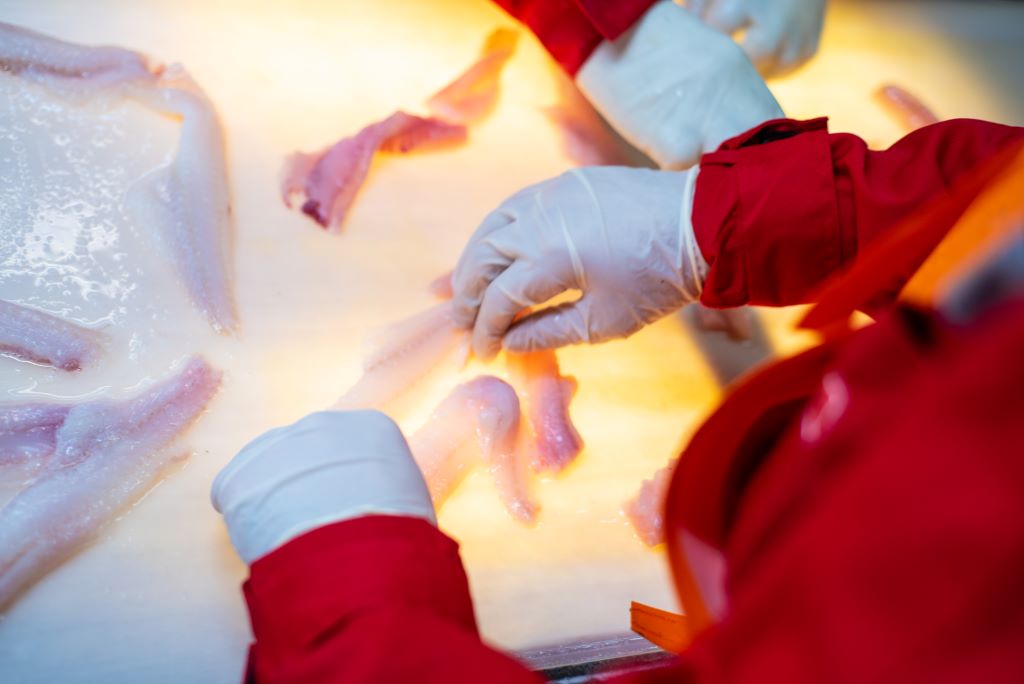 In the third quarter of 2021, the Russian Fishery Company continued to demonstrate an increase in the production of deep-processed Pollock products frozen at sea. In July-September, 17% more Pollock fillets, mince and surimi were produced on board fishing trawlers than in the same period in 2020. The growth in production of these products for the three quarters was 20% compared to the same period last year.

«The modernization of the existing fleet, and, most importantly, the commissioning of the first super-trawler of the new fleet allows the company to fulfill the strategic task of increasing the production of deep processing products at sea,” commented Viktor Litvinenko, General Director of the Russian Fishere Company. "It is this method of production that allows you to get the maximum economic return from the resource and provides consumers with the highest quality products from wild white fish».
Viktor Litvinenko, General Director of the Russian Fisherу Company

As previously reported, in the third quarter RFC continued to develop sales of deep-processed Pollock products in the domestic market. In particular, in order to increase sales of Pollock fillets on the Russian market, a long-term contract was signed with Fish Processing Plant No. 1 (ROK-1).

In September, the first RFC’s supertrawler "Vladimir Limanov" began production of surimi in industrial volumes. From the fourth quarter, the company plans to ensure a stable supply of this product to Japan. The first batches of products from RFC’s surimi for the domestic market have already been produced by the Russian partners of the company.

In general, shipments of products to the traditional partners of the RFC in the domestic market, in China, Europe and the USA, have continued.

On October 11, the Russian Fishery Company celebrates the 10th anniversary of its foundation.

“The RFC’s team can rightfully be proud of the achievements with which the company approached the first anniversary,” said RFC’s General Director Viktor Litvinenko. - Despite the difficulties that absolutely everyone faced during the pandemic, the company does not slow down its growth rates. We are building a new fleet, are following the planned path of development of deep processing of fish in the country and are successfully coping with all the challenges. "