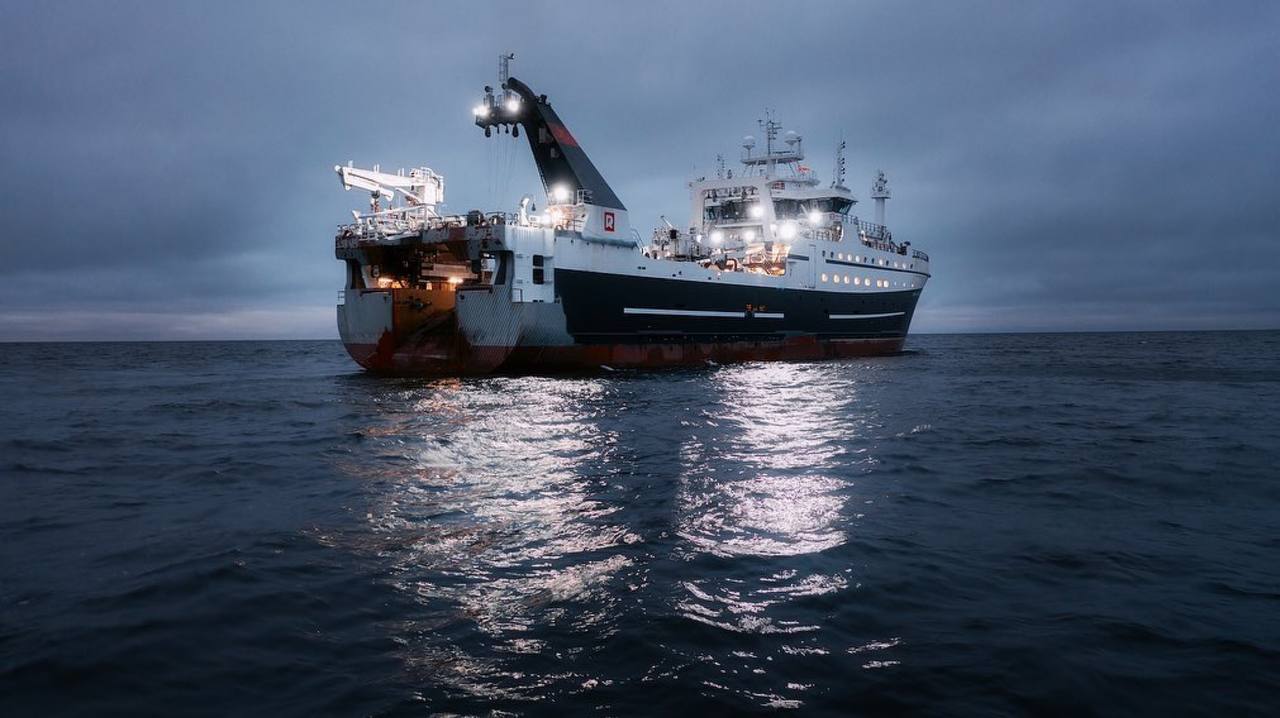 The ship arrived at the fishing area - the Northern Kuriles. During the fishing trials, the crew will have to test and put into operation the fishing equipment, a fish processing shop and ensure that the vessel reaches the targeted production performance.

It is worth reminding that on September 21, the fishing supertrawler “Kapitan Vdovichenko” left the Admiralty Shipyards and sailed to the place of fishing along the Northern Sea Route. The route along the NSR ran from the Kara Gate to Cape Dezhnev. All the way, which amounted to 2631 miles, “Kapitan Vdovichenko” passed independently, without ice-breaker assistance. The ice class of the trawler enable it to operate even in the harsh conditions of the Arctic Ocean. Its hull belongs to the Arc3 ice class. The ship is able to operate in severe weather conditions, which makes it possible to engage in fishing in new regions.

It should be noted that supertrawler “Kapitan Vdovichenko” is the RFC’s first fishing ship built as part of the state program to renew the domestic fishing fleet and increase the efficiency of developing valuable national biological resources. The ship of the ST-192 project “Kapitan Vdovichenko” is one of the most technologically advanced ships in Russia and in the world. It is designed for independent fishing for pollock and herring in the Sea of ​​Okhotsk and the Bering Sea. Moreover, “Kapitan Vdovichenko” is equipped with the state-of-the art fish processing equipment. It will enable to produce not only traditional pollock and herring, but also surimi, fish oil, and fishmeal.

Was the news helpful? Share it on social networks or send it by e-mail so as not to lose.
Related news
Supertrawler “Kapitan Vdovichenko” got under way for fishing from the Admiralty Shipyards in St. Petersburg
The Russian flag is hoisted on fishing super trawler “Kapitan Vdovichenko”
Russian Fishery Company goes on with fleet renovation
Docking work completed on the head RFC’s supertrawler
Contacts for mass media
+7 (495) 777 5450 ext. 5049
+7 (423) 222 78 78 ext. 7167
pr@russianfishery.ru