In the frame of the Eastern Economic Forum, the Russian Fishery Company (RFC) and the Federal Agency for Fishery (Rosrybolovstvo) signed an agreement on securing the company a share of the quota for the extraction of aquatic biological resources provided for investment purposes in the field of fisheries - for the construction of four vessels and an onshore fish processing plant.

The RFC CEO Fedor Kirsanov and the Deputy Minister of Agriculture of the Russian Federation - head of the Rosrybolovstvo Ilya Shestakov, signed the documents. 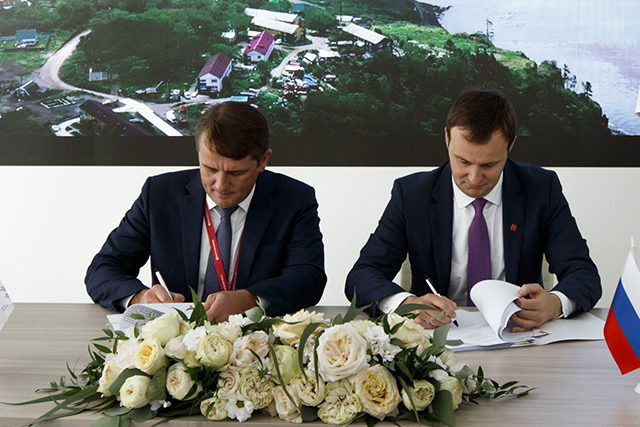 In accordance with the agreements, RFC will build four fishing vessels and a cod and haddock processing plant Russian Haddock in partnership with the Agama Group of Companies.

“The mechanism of the investment quota program has become an effective incentive for the industry development,” commented RFC CEO Fedor Kirsanov. - We are already seeing the first real results. At the end of August this year the RFC launched the first Russian Cod coastal plant in Murmansk. Next year, the first super trawlers that RFC is building in the frame of the first round of the investment quota program will be launched. In general, the company will build the longest series of ships of this type in Russia and the industry will have at its disposal the most modern fleet in the world today. ” 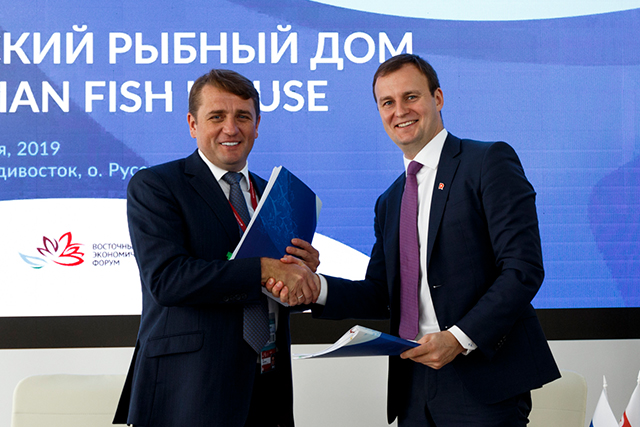 New vessels will be built at the Admiralty Shipyards (St. Petersburg), where today a series of six vessels for the RFC is under construction. Each of the vessels is designed to catch and process more than 50 thousand tons of fish per year. The construction of a cod and haddock processing plant with a design capacity of at least 25 tons of products per day was launched in Murmansk in August this year.

Together with the previously launched projects, within the framework of the state program of investment quotas, RFC will build ten super trawlers and three coastal factories. Putting investment objects into operation will significantly increase the volume of quotas of RFC for catching Pollock and Herring and will lead the company to the leading positions.