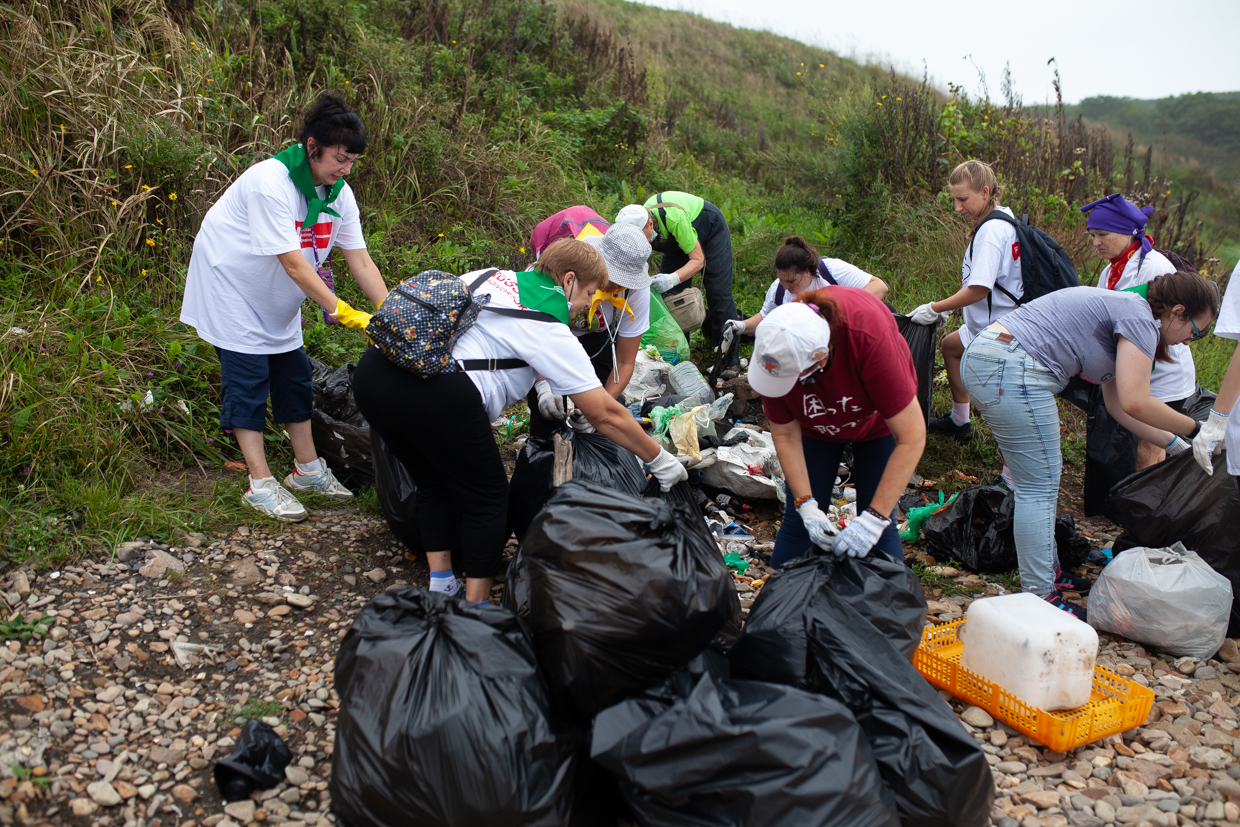 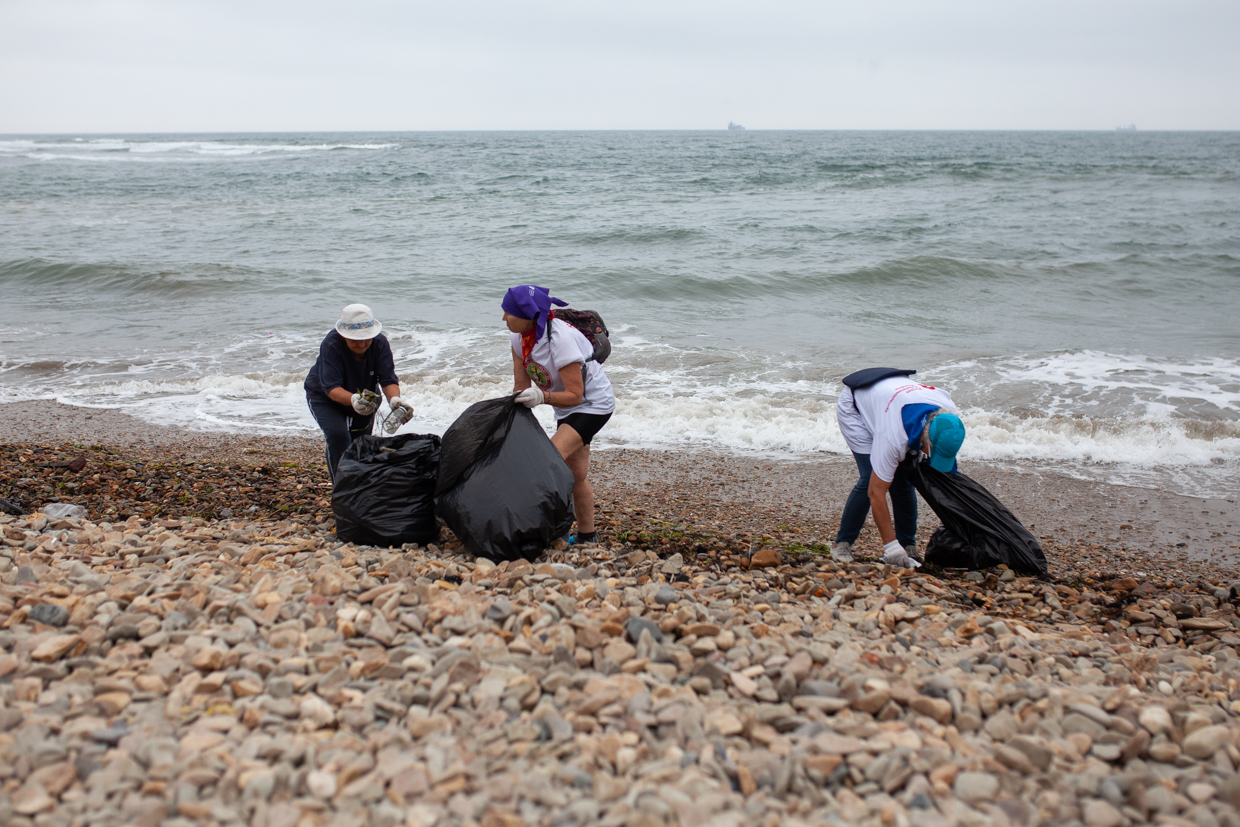 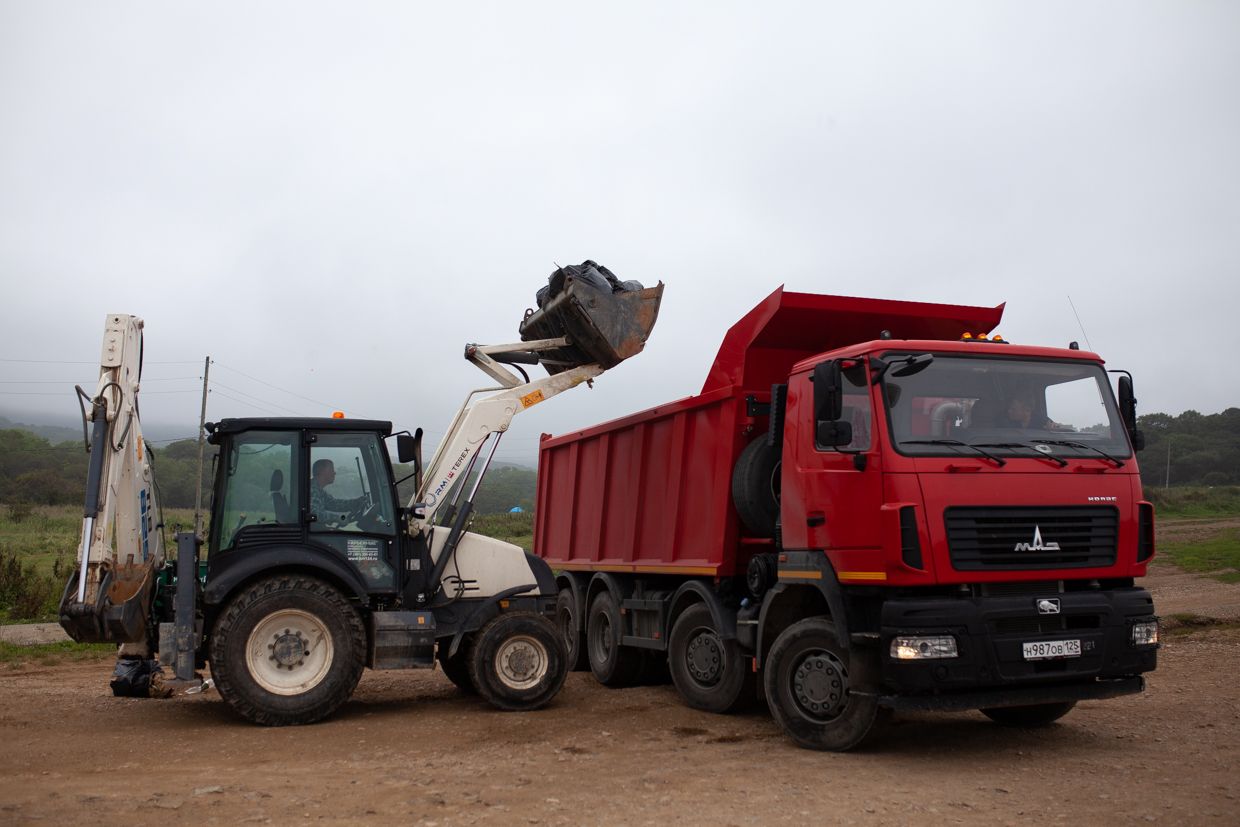 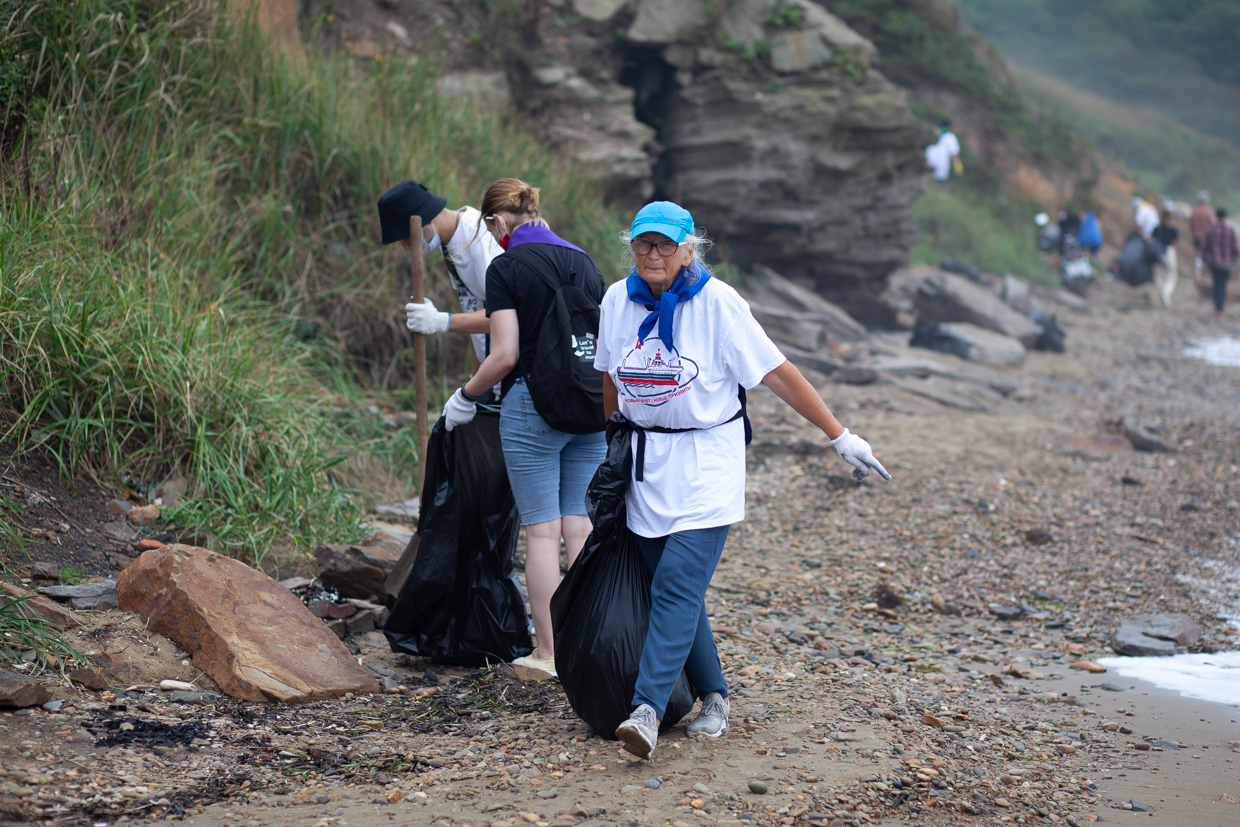 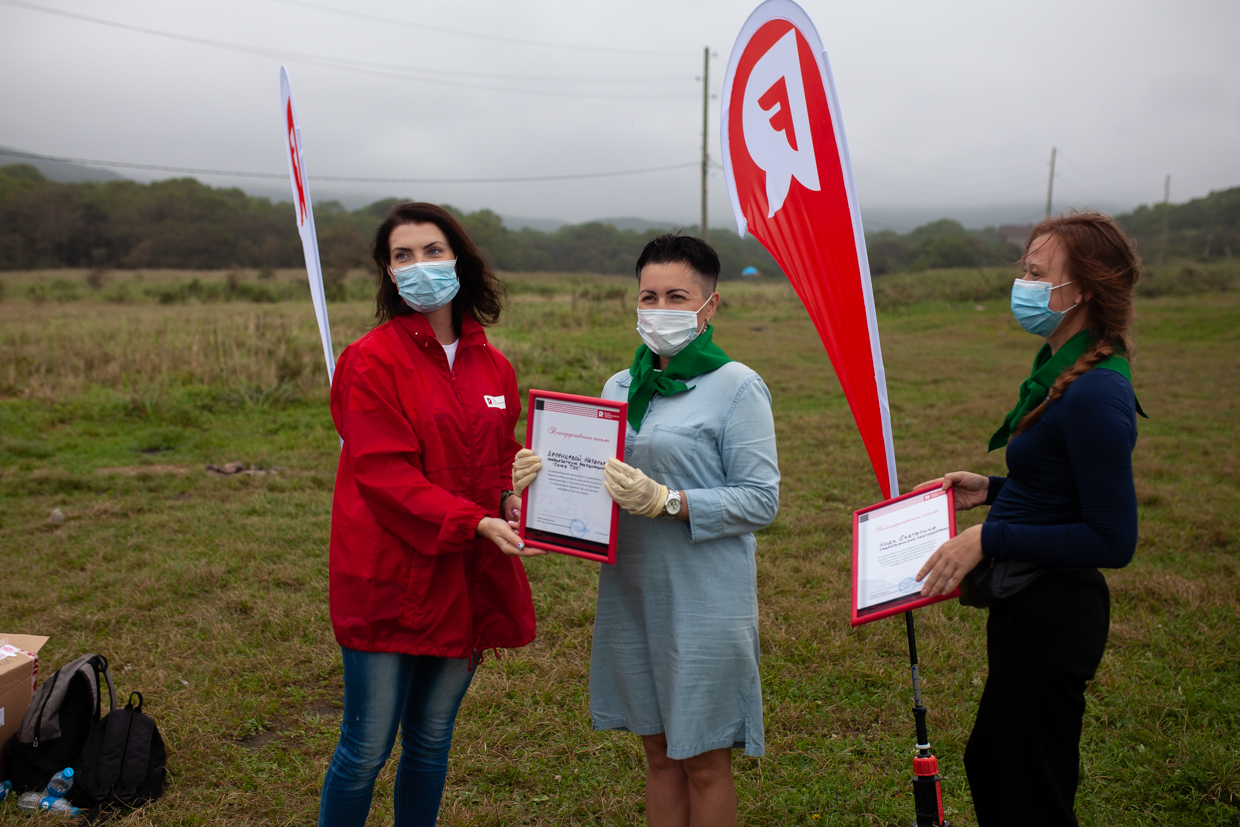 August 31, 2020, Vladivostok – The first stage of the Clean Coast Ecological Marathon for cleaning up areas from garbage was held on the sea coast of Shchitovaya Bay on August 28, 2020. The event was organized with the support of the Russian Fishery Company with the participation of the Territorial Administration of the Leninsky District of Vladivostok, the Administration for Youth Affairs of the city of Vladivostok, and the public organization “Regional Student Team”.

The idea of ​​the action belongs to Russian Fishery Company, one of whose charitable programs is aimed at preserving and protecting water resources and attracting the public to the problems of pollution.

The participants cleared the coastal area of ​​rubbish, installed garbage containers on the territory of the bay, and also placed campaign stands urging to take care of the environment. The organizers took out the collected waste and handed it over for utilization. In total, the activists collected more than 200 bags of garbage on the shores of the natural object.

“The garbage that accumulates on the beach frightens not only by its scale, but also by the potential danger it poses to the health and life of living organisms, since it leads to the pollution of the marine environment and underground waters,” commented General Director of Russian Fishery Company Viktor Litvinenko. - For our company, which operates at sea, it is important to respect the bioresources. Therefore, we decided to pay special attention to the problem of water area pollution.

The problem of garbage pollution is very acute, plastic and other synthetic materials practically do not decompose in the ground, causing colossal harm to all living and non-living things for hundreds of kilometers around from places of organized garbage accumulations.

The organizers of the Clean Coast Ecological Marathon remind that each of us can benefit nature and preserve our own health by applying the elementary rules of environmental responsibility: to prevent unauthorized dumps, to ensure the collection and delivery of garbage.

RFC is one of the largest producers of Alaska Pollock globally, one of the three leading Russian producers of wild white fish. The Company’s large fishing vessels are well suited to work in all fishing areas and under all climate conditions. They are equipped with modern fishing and processing equipment from leading international suppliers that enables the vessels to harvest different types of seafood. Strategic goals of the Company involve increasing the output of high value-added products due to fleet modernization, building of new, state-of-the-art super-trawlers and coastal processing plants. The primary fishing species are Alaska Pollock and Pacific Herring. Visit http://www.russianfishery.ru/eng/ to learn more.


Was the news helpful? Share it on social networks or send it by e-mail so as not to lose.
Related news
Honored Employee of the Russian Fishery Company Celebrates 100th Anniversary
Russian Fishery Company awarded the winners of the animation contest
RFC presented New Year’s pollock recipes at a cooking master class
RFC presents a scholarship program
Contacts for mass media
+7 (495) 777 5450 ext. 5049
+7 (423) 222 78 78 ext. 7167
pr@russianfishery.ru