One of the key events in the fishing industry took place in St. Petersburg from September 21 to 23 - the V Global Fishery Forum & Seafood Expo Russia. The RFC became one of the most active exhibitors and participants of the forum and presented its activities both in the exhibition area and in the business program. 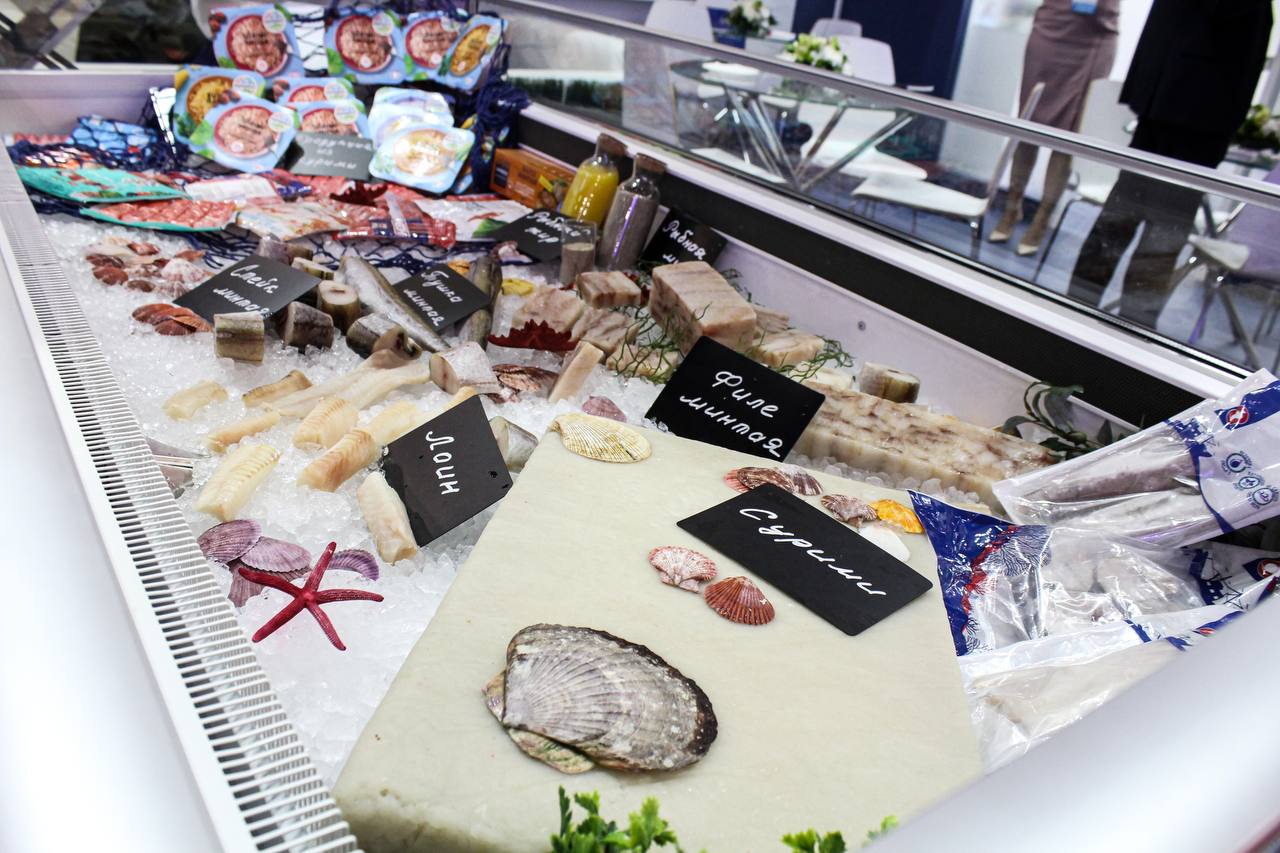 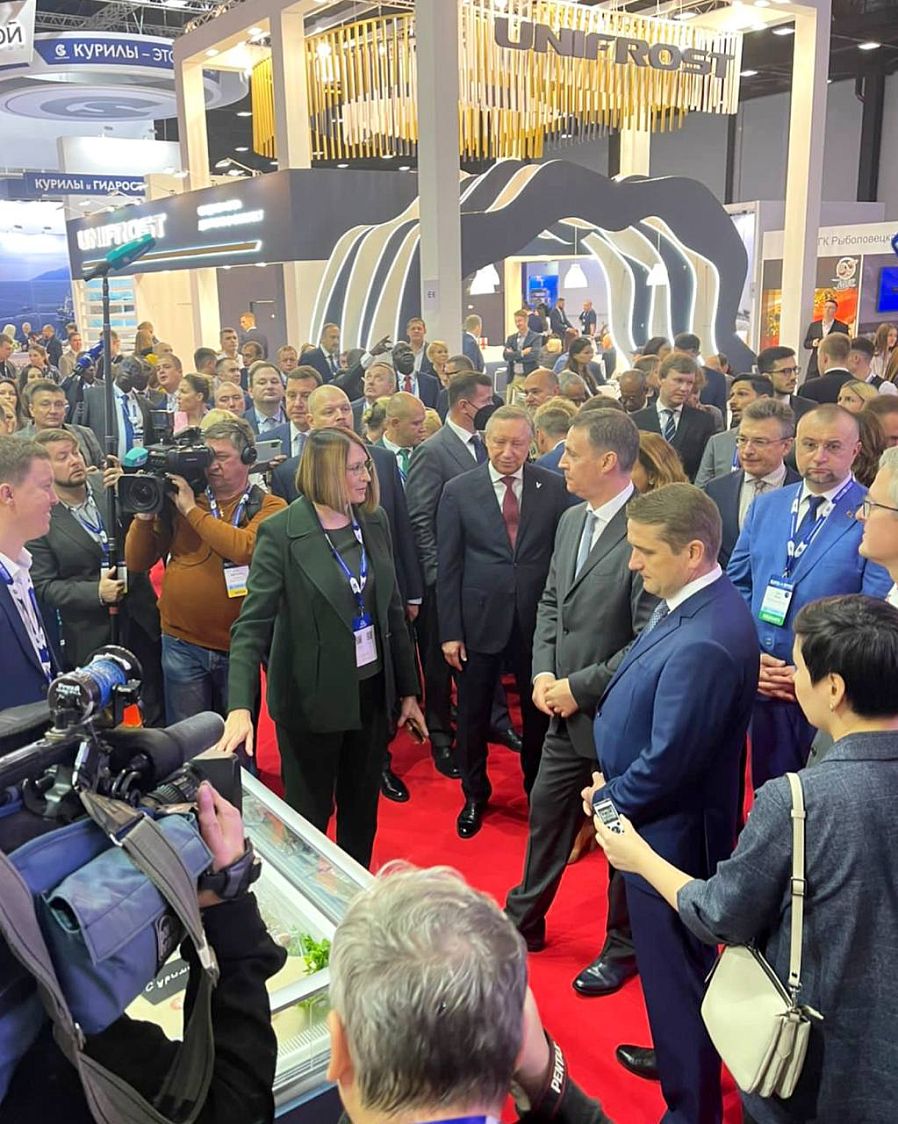 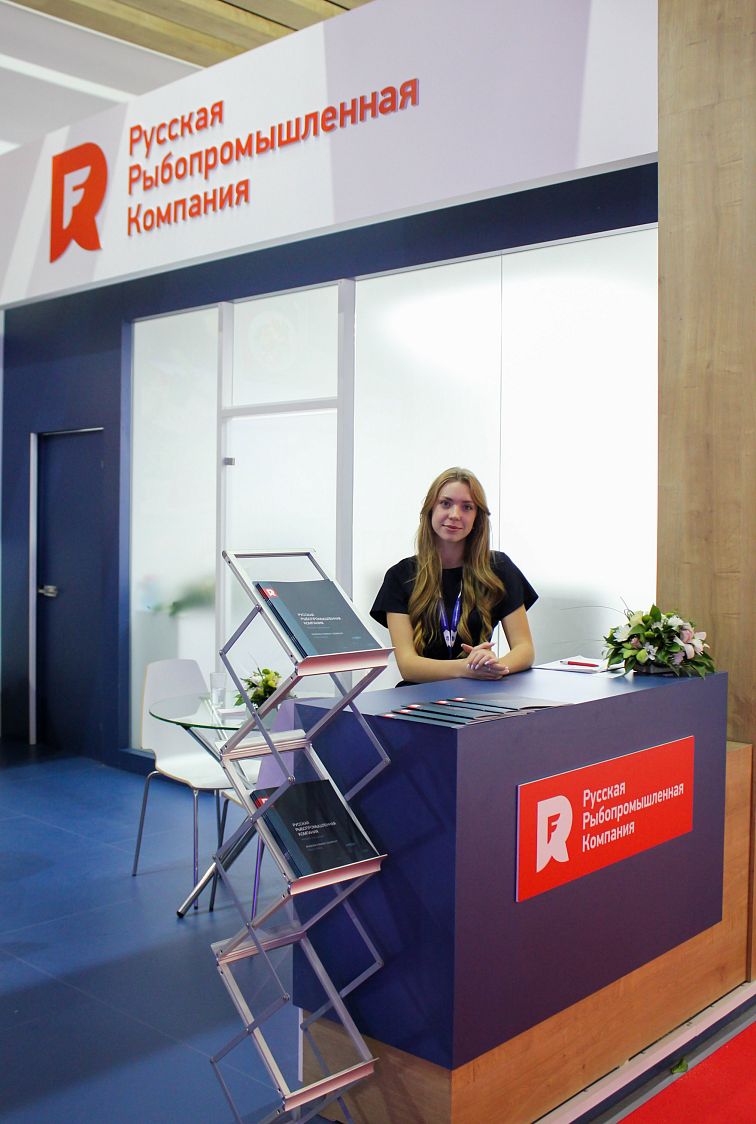 At the booth, our specialists told visitors and exhibitors in detail about the RFC’s product line, construction and renovation of the fishing fleet, as well as the company’s news and plans. Of particular interest was surimi, a new product for the Russian fishing industry. RFC’s products were appreciated by the delegation led by Dmitry Patrushev, the Minister of Agriculture and Ilya Shestakov, Director of the Federal Agency for Fishery, who visited the booth and talked with the company's management.

RFC’s representatives also spoke at several sessions of the forum. So, Savely Karpukhin, First Deputy General Director for Strategy and Commerce of the RFC, spoke about new promising products, including surimi, which, as the speaker noted, requires long-term and large-scale investments, one of the areas the company is working on is entering the Asian markets.

During his speech at the session “Practical Issues of Renovating the Fishing Fleet and the Development of Civil Shipbuilding”, Konstantin Globenko, RFC’s Technical Director, noted that in the changing world, synergy between all market players such as customers, United Shipbuilding Corporation, shipyards, suppliers is very important. Igor Gavrilenko, Head of the Catching Service, took part in the discussion on “The profession of a trawlmaster in the era of digitalization”, during which the participants discussed a problem of comparability of national qualifications frameworks, taking into account new competency requirements.

The results of the company's participation in the forum have yet to be assessed, but even now we can confidently state the importance and necessity of such a format of communication for the industry, which enables all participants in partnership to solve common problems and find new options for cooperation.