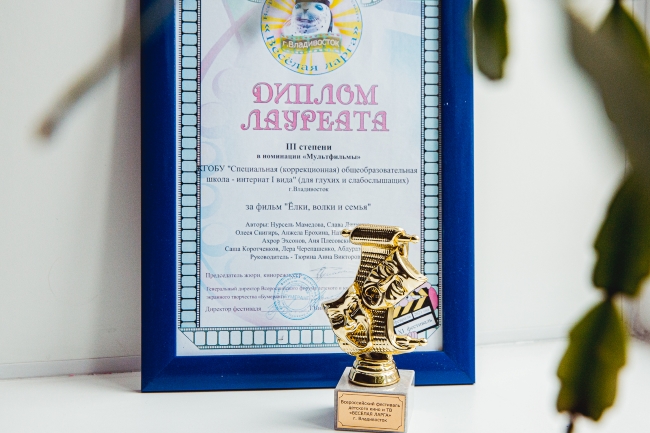 The cartoon "Fir Trees, Wolves and Family" is the first full-fledged animation work of young animators. In the animation studio, created on the basis of the boarding school with the support of the RFC, children master computer programs, learn to draw, work with equipment (webcam, photo camera), and voice characters. Creating the debut cartoon children tested a multi-tiered cartoon machine: they had to work with the characters, moving them on all three tiers at the same time. 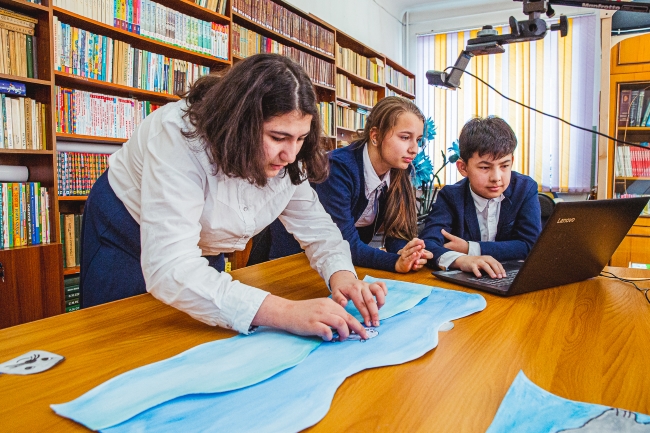 “In the competition, where participants from 47 regions of the country competed, the 3rd degree laureate diploma is a very worthy result for novice animators,” comments Olesya Mitsay, press secretary of the Russian Fishery Company. - We are pleased with the first serious victory. Children reveal their creative potential, and our task, together with the teacher, to help them in this. "

For the victory in the "Cheerful Larga" competition, children received from the RFC a comic book about Pollock. Comic plots will form the basis of new cartoons. The RFC will prize the authors of the best of them with a trip to the Soyuzmultfilm studio in Moscow.

The Russian Fishery Company took patronage over the pupils of a correctional boarding school for deaf and hearing impaired children at the end of 2019. With the financial support of the company, a cartoon studio was created on the basis of the school. For the creative laboratory the RFC purchased digital and light tablets, brackets, a special acoustic screen for recording clean sound, voice recorders and software. The company also pays for the work of the studio teacher.