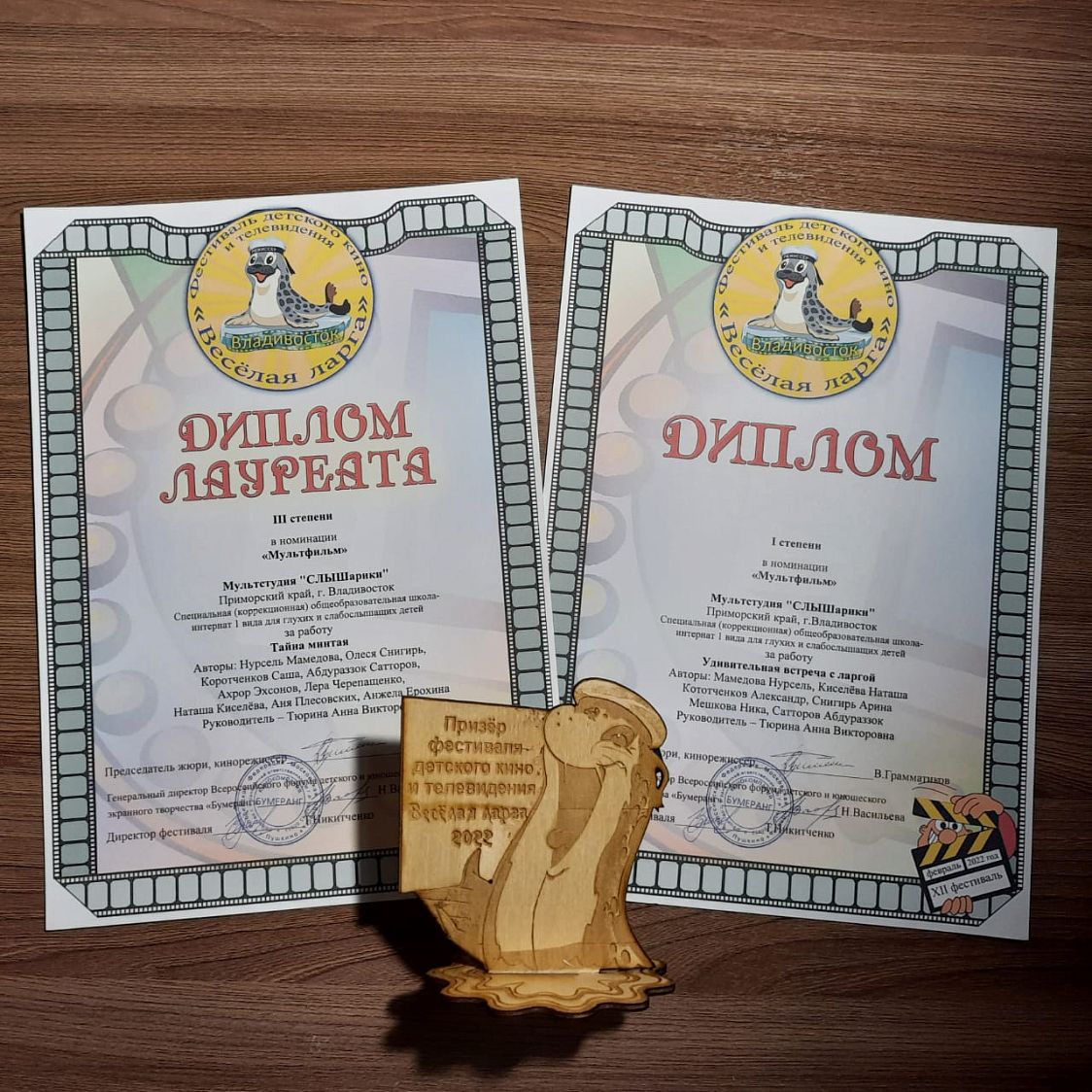 The young animators presented two animated cartoons they had been working on for several months - “Amazing Encounter with Larga Seal” and “Mystery of Pollock”.

Cartoon “Mystery of Pollock” is a full-fledged animated work, which tells about the benefits of the wild sea fish - Pollack.

Its plot was reproduced by the children's sea comics “Mystery of Pollock” issued by the Russian Fishery Company. Children received the 3rd degree laureate diploma for this animated cartoon. The second cartoon, “Amazing Encounter with Larga Seal”, demonstrated a variety of marine fauna and introduced viewers to the family of seals. This work won the 1st place in the nomination “Animated Cartoon”.

Novice filmmakers and TV workers from 59 regions of Russia took part in the festival. This year, about 600 works were registered for participation in the competition program. The program of the Children's Film Festival also included educational events. Children attended the master class of Moscow director Aleksei Yasulovich on editing “Secrets of film trailer editing”. They also attended a hands-on seminar on preparation of a screenplay for pitching

As a reminder, the Russian Fishery Company took under the patronage of foster children of Type I correctional boarding school for deaf and hard-of-hearing children at the end of 2019. With the Company's financial support, a school-based animation studio was created where children work. For operation of a creative laboratory, the RFC purchased necessary equipment and also pays for work of the studio's teacher.

The company considers the programs aimed at all-round development of the younger generation and social adaptation of children with special needs as an important element of sustainable development of the region where the RFC transacts business.