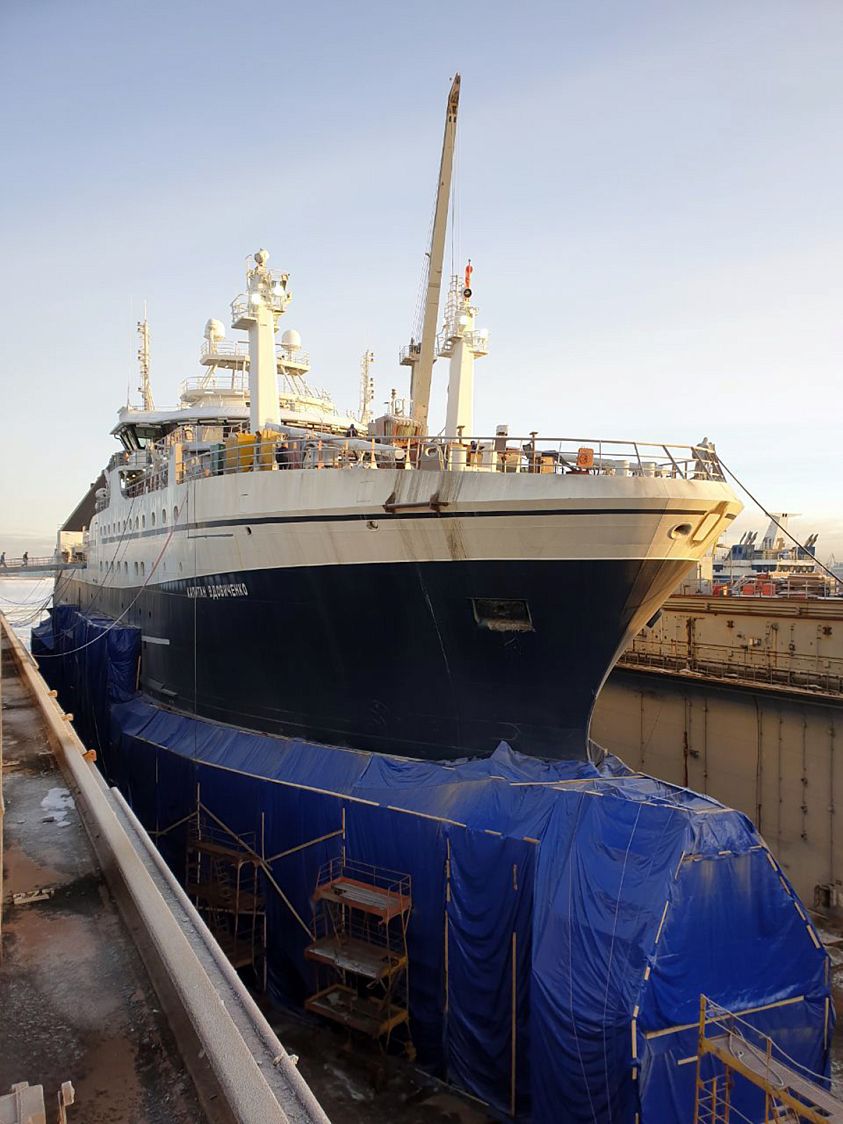 Scheduled docking work has been completed at the Kapitan Vdovichenko, the lead supertrawler from a series of vessels being built for the Russian Fishery Company at the Admiralty Shipyards.

In the dock on Kanonersky Island, shipyard specialists carried out work on the underwater part of the vessel: inspection of equipment, installation of bottom-side fittings for fish meal plant systems, final painting of the hull, elimination of the faults noted during sea trials.

Prior to entering the second stage of factory sea trials, a refrigeration unit and freezer holds of the vessel will be launched.