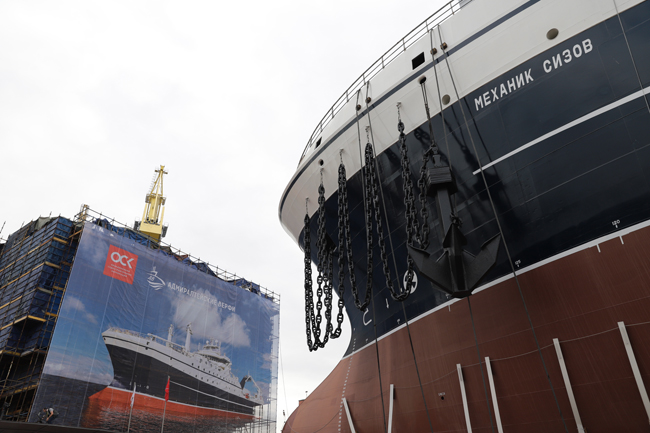 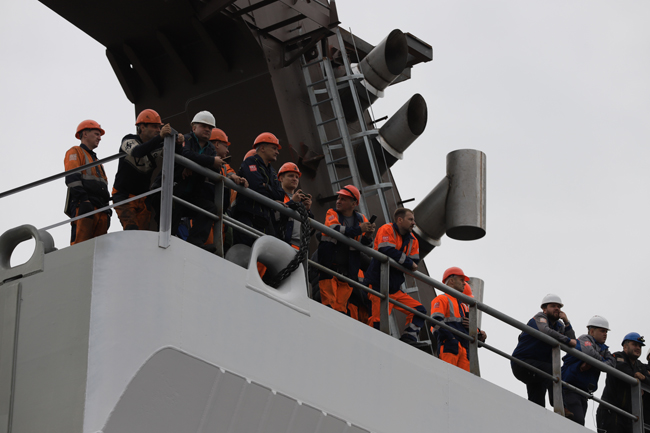 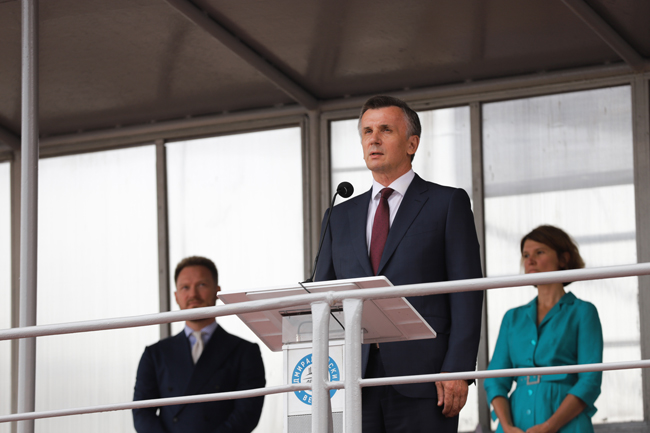 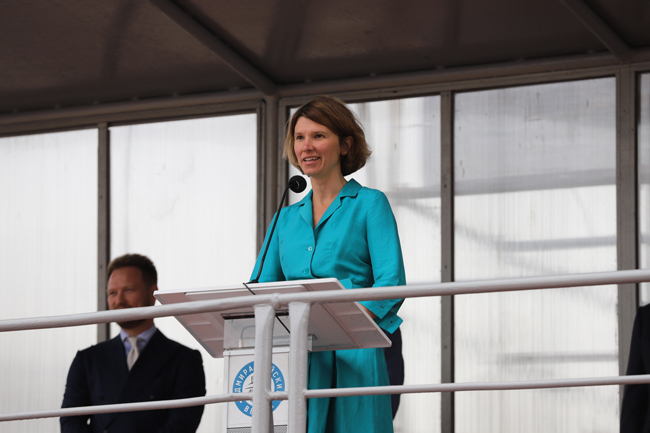 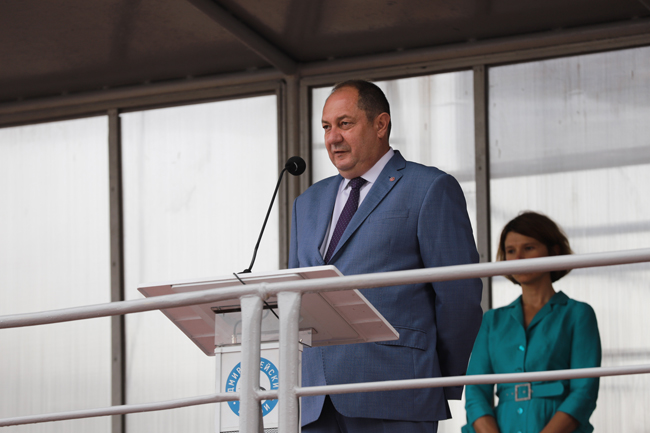 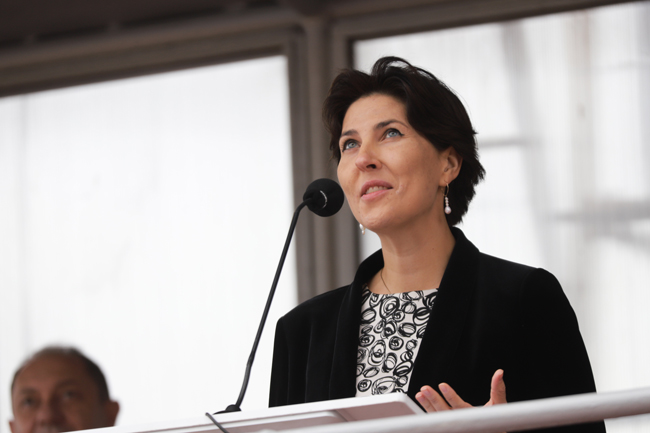 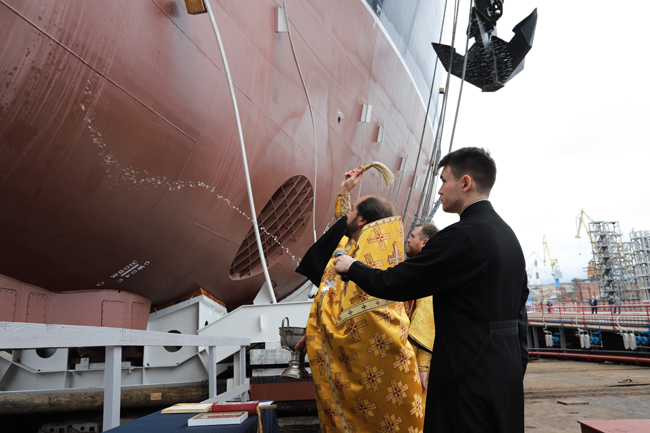 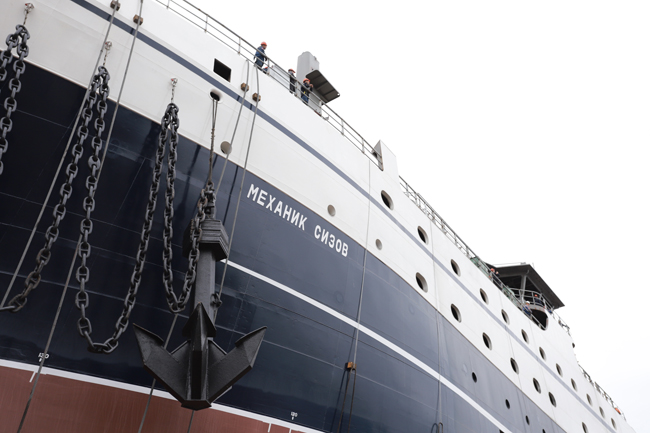 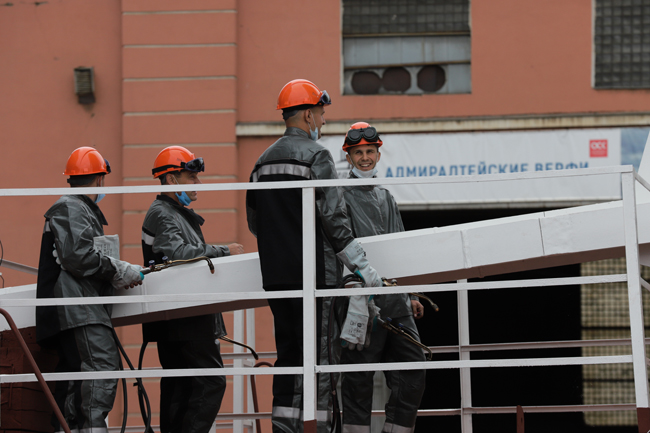 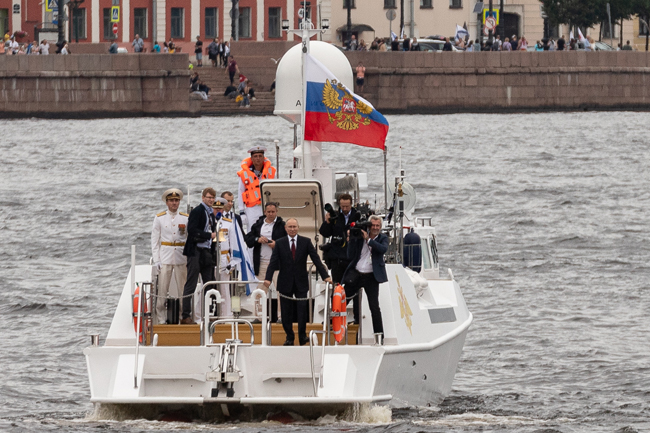 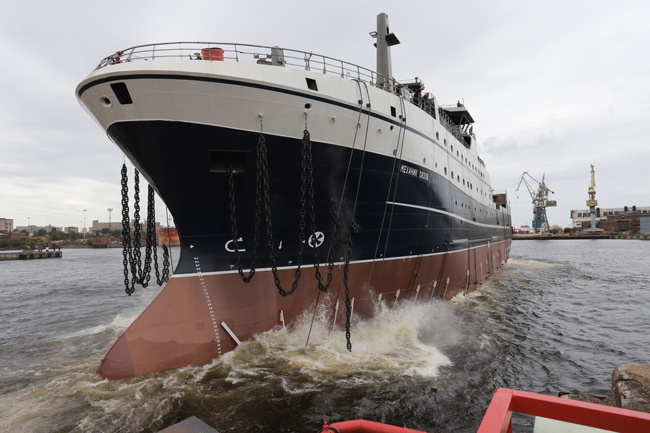 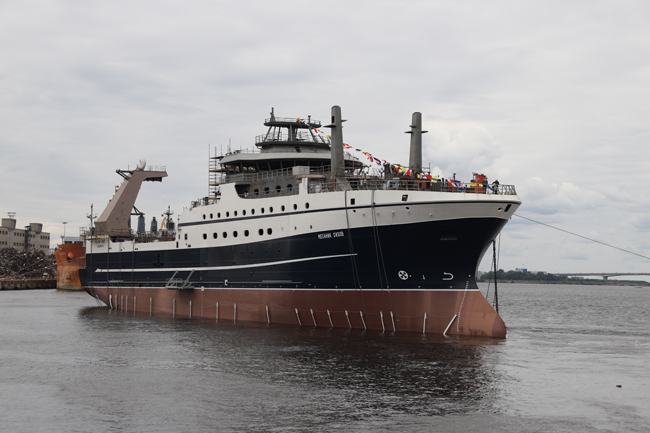 At the Admiralty shipyards (St. Petersburg) a solemn ceremony of launching the third vessel of the series of supertrawlers for the Russian Fishery Company "Mechanic Sizov" took place. The ceremony was attended by the President of the Russian Federation Vladimir Putin, who watched the launching of the vessel from the boat. 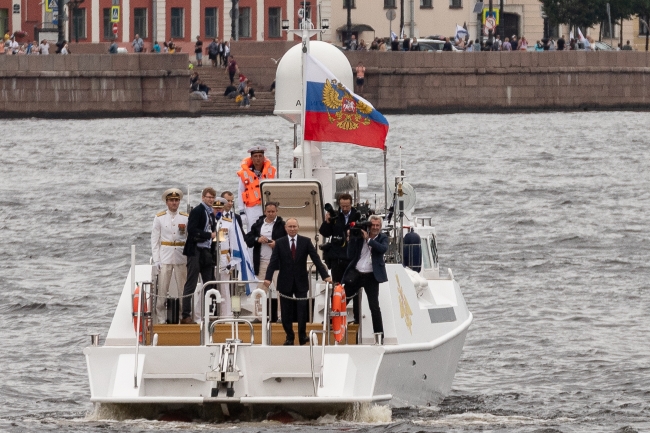 The commissioning of the vessel is scheduled for 2022. In total, the Admiralty shipyards will build 10 similar vessels for the RFC, the total investment in construction will be more than 80 billion rubles. 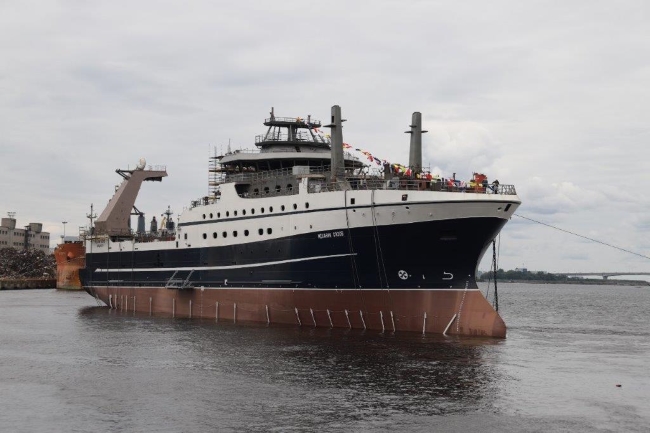 The trawler construction project is being implemented within the framework of the state program of "investment quotas" aimed at updating the domestic fishing fleet and increasing the efficiency of the development of valuable national biological resources.

“The fishery complex in Russia is now given a lot of attention as an integral part of our food security,” said Deputy Minister of Agriculture Oksana Lut, who became the “godmother” of the vessel. - To solve this problem, Russia continues to implement the mechanism of investment quotas, which is designed to modernize the production capacity of the fishing industry. Now 79 agreements have already been signed under this program, investments amounted to 200 billion rubles, 90% of which will go to the construction of fishing vessels. The Ministry of Agriculture is interested in such projects. They will allow us to deliver high-quality finished products to our citizens and, of course, increase the value of exports. "

The supertrawlers under construction for the RFC are the largest and most technologically advanced Russian fishing vessels. Each new vessel is designed for an annual catch of 60 thousand tons of fish, which is 2.5 times higher than the productivity of the vessels that are today the basis of the fishing fleet in the Far East of the Russian Federation.

“With the commissioning of supertrawlers, the Russian fishing industry will have at its disposal a fundamentally new level of efficiency, environmental friendliness, and safety,” said Viktor Litvinenko, general director of the RFC. - The factory of such vessel is twice as productive as those working on our trawlers today, and at the same time, the impact of the supertrawler on the environment is half as much. Modern energy efficient technologies and a new generation engine allowed us to reduce our carbon footprint ”.

The supertrawler is named in honor of the Veteran of the Fishing Fleet, Chief Engineer Vladimir Abramovich Sizov (1936-2013), who devoted more than 30 years to working on whaling vessels and fishing trawlers. From 1962 to 1992 he rose from a second class minder to a senior mechanic. For military and labor merits he was awarded nine state awards, as well as the badge "Honorary Worker of the Russian Fish Industry".

“My grandfather had absolutely golden hands, like a real mechanic,” noted the granddaughter of Vladimir Abramovich Elena Ostapenko. “And everything he did with his own hands worked perfectly. And if it is true that the name of the vessel determines its fate, then I believe that this supertrawler is in good hands. "