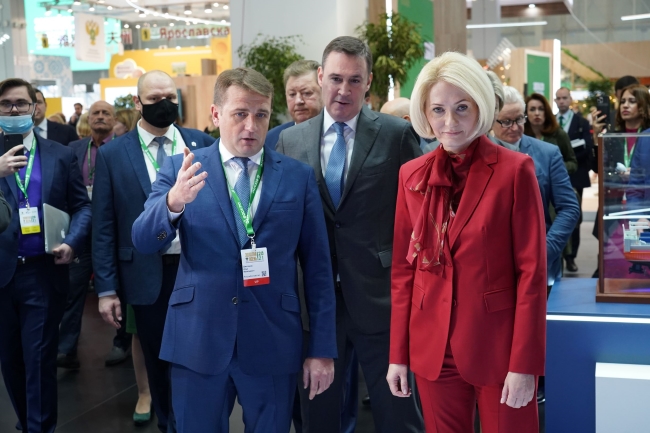 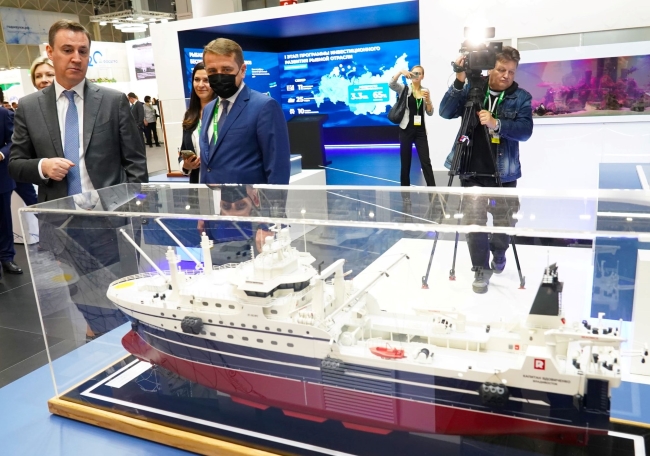 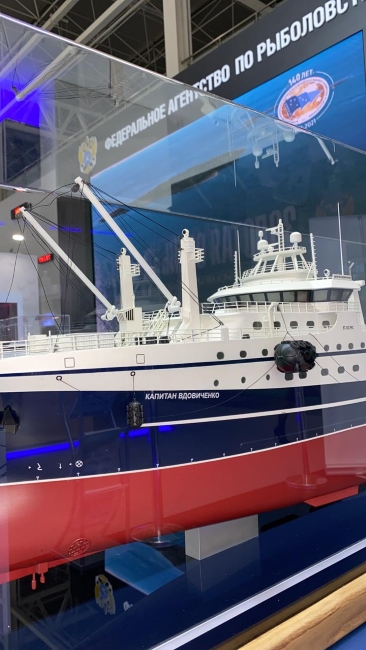 The model of the supertrawler "Kapitan Vdovichenko", the construction of which is being completed at the Admiralty shipyards, is shown as part of the exposition of the Federal Agency for Fishery.

«This is the future of the fishery industry. By such vessels we will be catching fish with in the next 20-30 years. This is the most modern fleet anyone in the world has.»
Ilya Shestakov, head of the Federal Agency for Fishery