Metal cutting has begun for the fifth in a series of super trawlers for the Russian Fishery Company athe Admiralty shipyards. 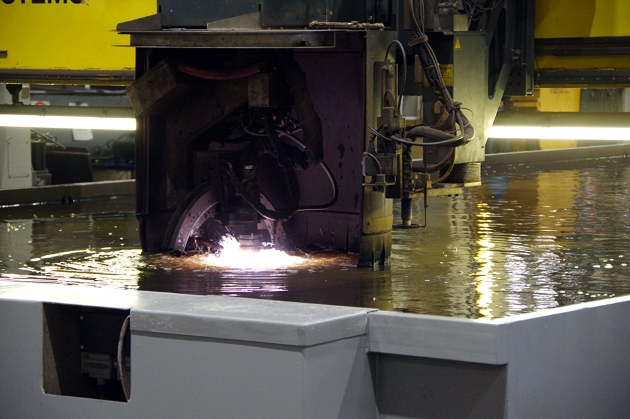 A series of 10 vessels is being built in pairs, two vessels per year with an interval of about a year between pairs. The keel of the fifth supertrawler will be laid on the slipway next year, and in 2023 the vessel will be commissioned. At present, the first pair of vessels has been launched, the hulls of the second pair are being constructed on the slipway.

The total investment in the construction of the series at the Admiralty shipyards is over 65 billion rubles. Construction is carried out within the framework of the state program of investment quotas.

“The Russian Fishery Company has already received the first supertrawler built outside the investment quotas program,” commented Dmitry Sapov, Deputy General Director of the RFC for Fleet Construction. – A series is being built at the Admiralty shipyards using the experience of the first supertrawler construction, and soon – of its first operating experience. With each new vessel, we increase the pace of work and successfully progress in the project, together with shipbuilders overcoming all the difficulties without which such a large-scale construction is, of course, impossible. "

Each supertrawler for the Russian Fishery Company is designed for an annual catch of more than 60 thousand tons of fish. This is twice as much as the productivity of the vessels that make up the RFC fleet today and many other Russian companies operating in the basin. The vessels will be equipped with a modern factory capable of deep waste-free processing of the entire catch into products with high added value, primarily Pollock fillets and a new high-quality product - surimi. The capacity of a factory for the production of high added value products is more than doubled in comparison with analogues.

The new vessels ensure the highest level of energy efficiency and environmental friendliness currently available. This will ensure that CO2 emissions per tonne of fish caught will be halved compared to vessels used today.