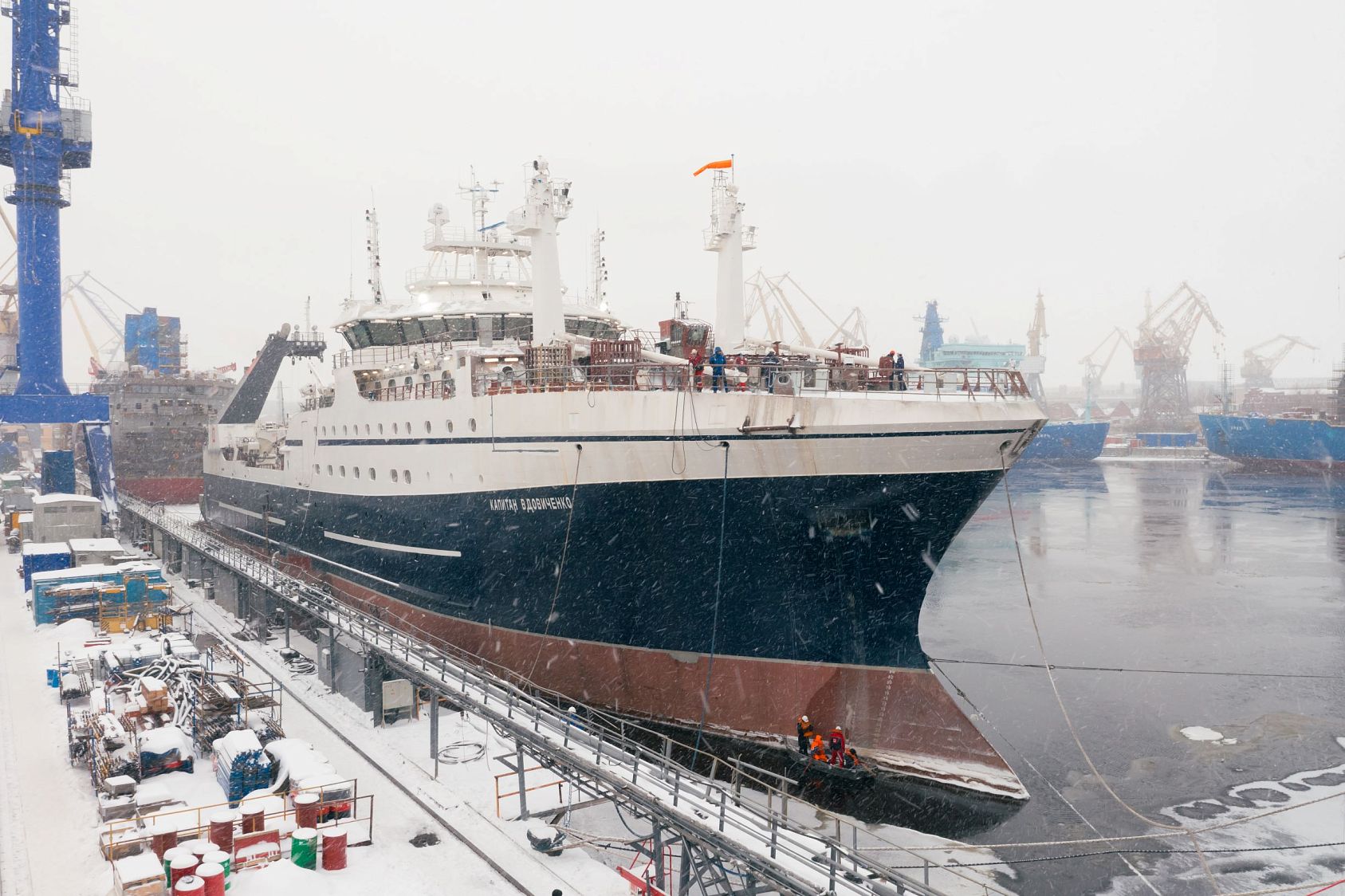 At the Admiralty Shipyards (St. Petersburg), an inclining procedure for the “Kapitan Vdovichenko” - the first vessel in a series of supertrawlers to be built in Russia for the Russian Fishery Company (RFC) have been successfully carried out.

In the presence of representatives of the Russian Maritime Register of Shipping (RMRS) and RFC specialists from the vessels construction monitoring group, measurements of the vessel's draft and inclination angles during the roll made by the movement of cargo along the sides of the trawler were carried out. This makes it possible to assess the main marine characteristics of the vessel, its stability.

“Based on the results of the inclining experience, calculations will be carried out, which should confirm the compliance of the obtained indicators with the design ones, which is necessary for the safe operation of the vessel at sea. This is the last frontier before the final stage - the sea trials of our supertrawler”.
Vladislav Roshchin, deputy head of the RFC's monitoring group

“At the moment, the received data are being processed by the representatives of the designer, based on the results of which an inclining protocol will be drawn up and submitted for consideration to the Register. According to preliminary estimates, we can say that the actual stability characteristics are close to the design ones."
Kirill Sapozhnikov, engineer-inspector of RMRS