On the eve of Victory Day, employees of the Russian Fishery Company (RFC) paid tribute to the heroes of the Pacific  by taking part in the "To Remember" campaign. Together with the employees of the local administration the RFC planted more than 50 seedlings of flowering shrubs and fir. 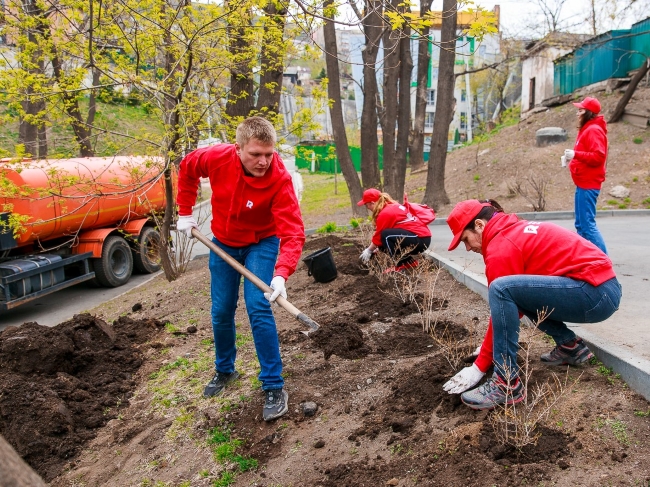 The action is held annually in the Gaydamak square, where there is a monument to the heroes-sailors of the Pacific Fleet, who died in 1945 in battles with Japanese militarists. This year, RFC allocated funds for the improvement of the park, purchased seedlings, invited the company's employees to participate in the event and organized landscaping of the territory.

With the financial support of the company, on the territory of the park, city artists are painting the retaining wall with a triptych dedicated to the Great Victory of the Soviet people. The painting depicts specific events that thematically unite it with the memorial to the heroes of the Pacific - the Seishin operation and the end of World War II in the Far East. The triptych images are made on the basis of real archival photographs. 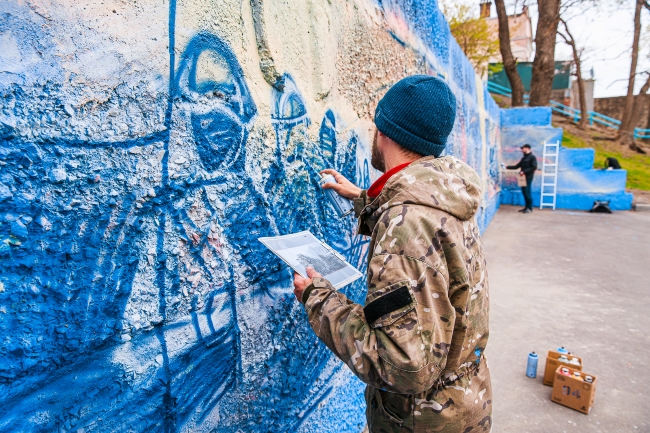 “Since the Russian Fishery Company is located in Primorye, it is important for us that our charitable projects are implemented within the boundaries of our region and for the benefit of its inhabitants,” said Viktor Litvinenko, General Director of the Russian Fisherу Company. - Today's action, timed to coincide with the glorious memorable date of May 9, has become a continuation of the voluntary collective work of our employees. This is very significant and valuable, because thanks to such actions, we preserve the memory of the heroes who gave us this wonderful Victory, a bright future and a peaceful sky overhead. Memory is alive as long as we remember! ".
Was the news helpful? Share it on social networks or send it by e-mail so as not to lose.
Related news
Honored Employee of the Russian Fishery Company Celebrates 100th Anniversary
Russian Fishery Company awarded the winners of the animation contest
RFC presented New Year’s pollock recipes at a cooking master class
RFC presents a scholarship program
Contacts for mass media
+7 (495) 777 5450 ext. 5049
+7 (423) 222 78 78 ext. 7167
pr@russianfishery.ru